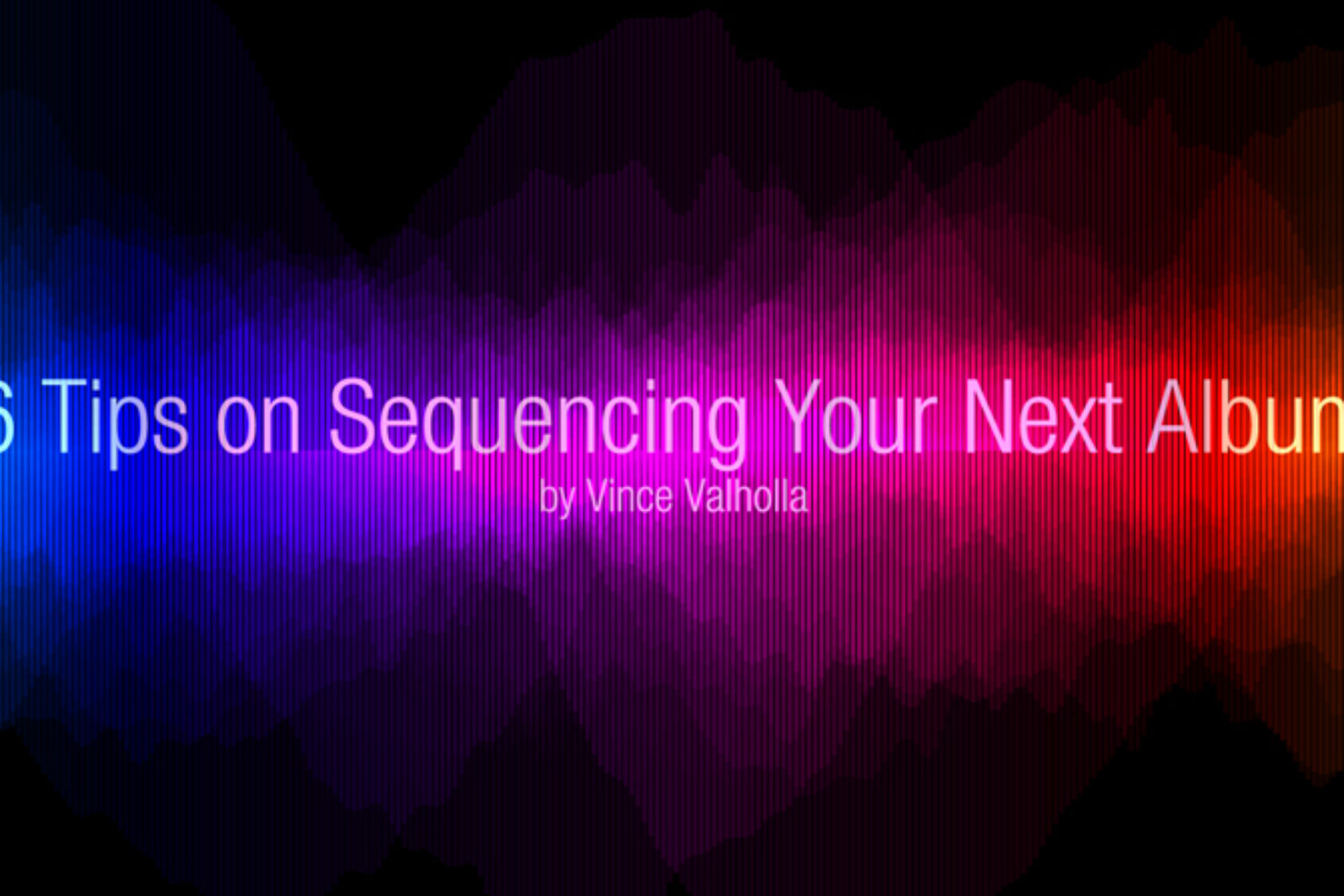 The sequencing of tracks on an album is very important. In fact, it’s actually one of the most important aspects of producing a complete body of work. Your album or project should tell a story within the collection of songs. I don’t necessarily believe there is a right or wrong way to arrange an album. However, the sequence can determine the lasting impression of the overall listening experience and that can often determine the album’s success.

Here are a few tips on how to sequence your next project:

1. Learn From Others, Take Notes From The Best

Both Dr. Dre and Diddy are known for amazing song arrangements and sequencing. Listen to how their albums start and the “flow” from one song to the next. Pay attention to the pace and the tempo. It’s almost like a movie and that isn’t a coincidence. Sequencing an album is almost a science. There’s other albums and artists that master the technique of arrangement, but do your research. Also, Tame Impala’s new album “Currents” has a great sequencing flow. See also: YG’s last album.

When structuring your album sequence, you should be able to determine what song will be first at the beginning of your process. Next, try to find out what song sounds like something the listener should hear last. In some cases, you may have to go through your sequence to find this out.

This takes practice because you have to pretend you’re listening to the album for the first time as you pick each song. Make sure you’ve learned the actual sound of each track, so you can remember how your songs begin and end. The beginning and ending of the tracks are essential because your album’s arrangement will determine how songs connect to one another.

Arranging an album is musically similar to editing a film. The songs are your scenes and it’s your job as sequence the scenes to your “movie” so the entire arrangement make sense to the listener. After you’ve picked your first song, it’s time to determine what will be your second song. Remember, your album should sound like a movie, visualization is the key element to creating this motion picture of sound. The arrangement should take the listener through feeling ups and downs…like a roller coaster. (Hopefully, all your songs don’t have the same tempo or mood…That would suck!)

5. Experiment; There’s a Science to Sequencing

The key to selecting what song should be next is always going to be about listening to how one song ends and the next begins. They have to flow smoothly into each other, and the flow should make sense. Song arrangements may have to be changed at the beginning or end of a track to make this element as effective as possible.

Before we release projects, I do something called the “Stress Test”. The test simply means I listen to the album over and over again to find flaws in the sequence of the album. It has to flow (did I mention it has to flow?) and if I don’t get goosebumps along the way, it might not be the perfect arrangement. If you follow this process, I know you’ll have an album that people will enjoy.

Keep in mind this is my own process. Others may sequence albums and arrange songs differently than I do, that’s cool. If you would like to hear one of the albums I arranged, check out the latest from Valholla’s own Kirby Maurier. Her debut album “Doing The Most” is available on iTunes (and Apple Music) Here, Spotify Here, and all other digital retailers. Also, check out the Digital Booklet Here.

Sidenote: Liner Notes have become a lost art in the digital era of music distribution…Create booklets for all your projects!

6 Tips on Sequencing Your Next Album, album arrangement, putting an album together, sequencing an album