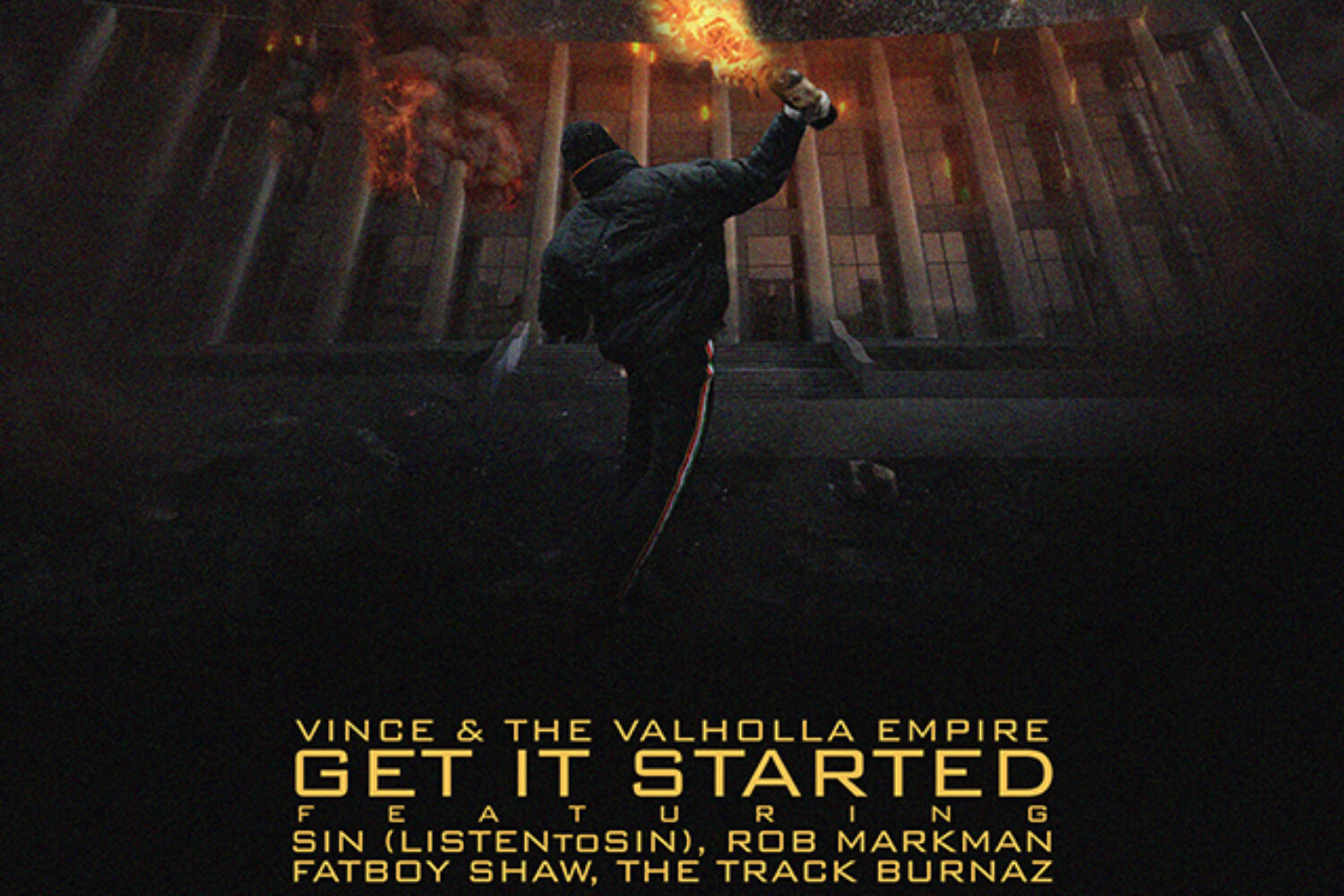 Valholla Chairman/CEO, Vince Valholla announced an untitled compilation project today (June 28) that will feature songs from a variety of artists and producers. The first single from the project was also released today titled “Get It Started” which features bars from SIN (@LISTENtoSIN), Rob Markman, and Fatboy Shaw. More about the collaboration was posted on Vince’s Medium account.

“One of the first compilation projects I put together was called ‘Valholla is the Future’ in 2009. Many who have been following our company from the beginning know about this mixtape. It had a mix of original music and remixes and featured artists on our label and few other guests. Growing up, I studied albums and how they were sequenced. Sequencing projects is one of the most enjoyable parts of what I do. With Valholla is the Future which was co-hosted by DJ Sylent, I got to really get creative with a body of work.

After that, I went on to executive produce and sequence way more projects and albums but this year, I wanted to go back to that feeling I had when putting together ‘Valholla is the Future’. Today, the first single from a series of compilation projects I’ll be putting together with the help of my team and other artists and producers I’m a fan of. “Get It Started” with SIN (@LISTENtoSIN), Rob Markman, Fatboy Shaw and The Track Burnaz. It’s available now on all platforms. More music to come. Thanks for your support.” – via Vince Valholla on Medium

The single is available on Apple Music, TIDAL, Spotify, Audiomack, YouTube and all other streaming platforms. has also been added to our Valholla NOW playlist. Add it here: ValhollaNOW.com. Official lyrics on Genius including are HERE.

vince and the valholla empire