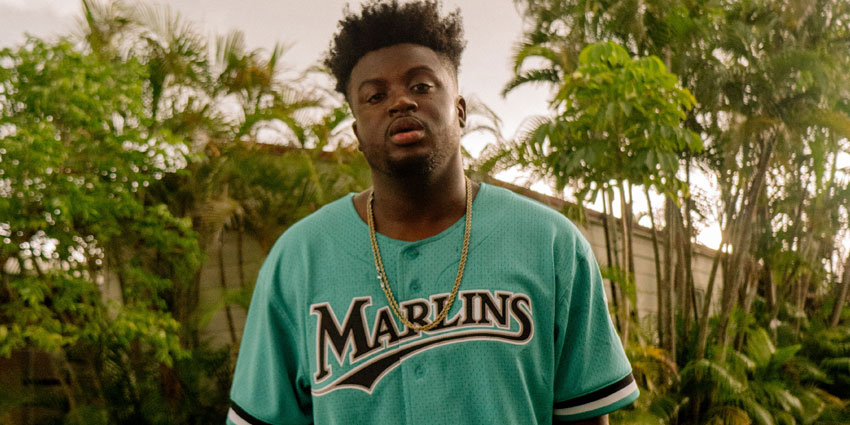 Recording artist Sylvan LaCue announced his new project, ‘Florida Man’, which is set to be a visual mixtape experience. The South Florida native talked to Billboard’s Tony MC about the project, which is dedicated to his Grandmother who recently passed away and is an ode to South Florida.

“I brought my business partner Jonathan Benavente out to South Florida & basically took him around to everywhere I grew up. Miramar, Hallandale, Pembroke Pines, Fort Lauderdale, North Miami. I wanted to show a glimpse of the personal places in South Florida that meant the most to me. It’s like the kick off to the whole entire Florida Man visual experience. I wore an André Dawson Florida Marlins jersey for two reasons. 1.) My grandmother is from Dawson Georgia & this tape is dedicated to her. 2.) Andre Dawson wanted to finish his professional baseball career in Florida with the Marlins. It was like his final run before stepping away into a different realm. Later on, he worked for the Marlins front office & won his first World Series with the team. I’ve been an independent artist since I started my career 10 years ago in 2008. I’ve done a lot of things…. But I feel like this is my last run before the shift happens. And there’s no better way to finish, then finishing at home. The mixtape will be a visual mixtape, 10 videos, hosted by DJ Luna & DJ Bre on youtube & IG TV. You’ll be able to really experience & see South Florida for what it is. It’s also a non-profit cause, so any proceeds that want to be directed to me, will be directed to South Florida charities. Between my grandmother passing, & recent events that have happened here in South Florida, I feel more that ever, that its time for my city to come together & heal. And I hope this can continue to add / push that agenda.” -Sylvan LaCue

The 10 song/video set is hosted by DJ Luna & DJ Bre will feature Valholla’s own SIN (LISTENtoSIN) and more. Coming on July 13 via YouTube & IGTV. The self-titled song and video is out now directed by Jonathan Benavente & edited by Miami’s own Unkle Luc. Sylvan tackles South Florida legends Trick Daddy & Trina’s ‘Nann N****’, giving it his own twist while taking you down to some of the places that meant the most to him growing up.

Read his interview on Billboard HERE.